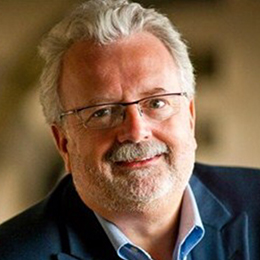 Before entering leadership roles in the industry, Dr. Smith was a practicing cardiologist for almost twenty years, training at Brigham and Women’s Hospital in Boston, with subsequent sub-specialty training in clinical cardiac electrophysiology, with faculty appointments at Washington University in St Louis and Johns Hopkins University.  He also established the Arrhythmia Institute in Fairfax, VA, which specializes in interventional cardiac electrophysiology and clinical research.

An international speaker on healthcare innovation, Dr. Smith has testified before various Congressional committees on the value of healthcare technology and has served on the Food and Drug Administration Safety Innovation Act (FDASIA) workgroup. He has had various advisory and board roles in an array of start-up companies, foundations, and universities. He is a graduate of the Johns Hopkins University, the Massachusetts Institute of Technology, and Harvard Medical School.  He describes his greatest achievement as the raising of his two sons.