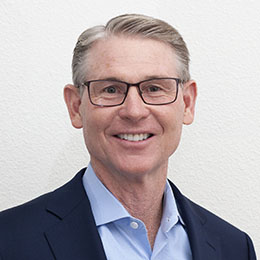 Michael Perry is the Executive Chairman of Revive Solutions, a leading developer of a next generation Automated External Defibrillator.   Mr. Perry has over 30 years of experience serving as CEO, founder, and senior executive in private and public healthcare technology companies. Those companies have achieved three consecutive successful exits, which have generated over $1 Billion in shareholder value.  Mike served as the Vice President of Operations and Research and Development at Pyxis Corporation, where he was a part of the executive team that successfully acquired and integrated three businesses into Pyxis and in 1996, sold to Cardinal Health, Inc. for over $900 Million. Following his success at Pyxis, he became the CEO of CardioDynamics, an innovative medical device company in the cardiology market was that sold to Sonosite in 2009. Most recently, he was the CEO and co-founder of CRISI Medical Systems, where he was led the company from the infancy stages through FDA approval, and sold the business to Becton Dickinson (BD) in 2015. Mike received his MBA from Harvard Business School and a BS in Mechanical Engineering from General Motors Institute (now Kettering University).

The Value of the Value Proposition